Fight for Cannabis Legalization in Florida Rages On 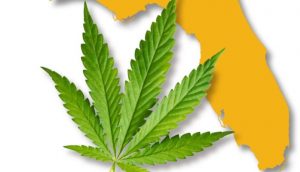 The consensus is clear: 64% of Americans want to see cannabis legalized according to a national Gallup Poll. This marks the highest figure since 1969.

For Floridians, a recent major setback has occurred, but the residents of the Sunshine State are not giving up and marching forward.

What Is Going on with Florida?

Currently, nine states have legalized recreational cannabis. Florida isn’t one of those states. Floridians hoped to get marijuana legalization on a ballot set for November, 2018. This required 766,000 signatures from Florida residents. Unfortunately, the petition fell short of reaching that number before the February 1st deadline. Signatures only totaled about 40,000, or a mere 5% of the total needed.

This setback means Floridians will have to wait until the 2020 election before making another fresh attempt.

The petition pro-legalization advocates were hoping to pass would legalize the use, possession, and cultivation of cannabis. Residents over 21-years of age would also be able to grow up to six cannabis plants within their property.

In 2016, Florida residents voted overwhelmingly to legalize cannabis for medical use. Since that year, more than 70,000 state residents have also registered to become legal users. Despite the progress, state legislators are still causing delays and have even declared smoking marijuana to be illegal.

Some Florida citizens and businesses have now pushed back, filing a lawsuit against Governor Rick Scott’s administration. The 2016 medical marijuana bill included provisions and licensure allowing treatment centers to possess and distribute marijuana for medicinal use. So far, only six licenses have been issued, despite a state promise to grant a total of 10 by October 2017.

The delay has prompted a lawsuit from Bill’s Nursery, a Miami Dade County rehabilitation center. Florida resident Michael Bowen has also joined the lawsuit, alleging that the state’s delays have prevented him from legally using marijuana to treat his epileptic seizures.

Under current Florida law, a 2014 amendment allowed patients with certain conditions, such as cancer and epilepsy, to legally use medical marijuana or cannabis products with below 0.3% psychoactive THC. A secondary provision in 2016 extended the law to patients with multiple sclerosis, Parkinson’s Disease, Crohn’s disease, PTSD, AIDS, and other similar conditions.

Currently, several pro-legalization groups are working feverishly behind the scenes. One group, Regulate Florida, hopes to get cannabis legalized and regulated the same way as tobacco and alcohol products. Another organization, Floridians for Freedom, wants to go further and make cannabis use and cultivation a basic right. This distinction, the group believes, will make the state law more resistant to federal intervention.