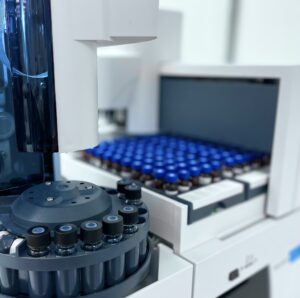 An estimated 70 percent of pesticides sprayed on cannabis plants can transfer to the human body during inhalation or ingestion, posing serious health risks including liver damage, weakened muscle function, and cancer growth. The research, published in the Journal of Toxicology, speaks to the importance of pesticide testing in all marijuana products intended for medicinal use. Studies have continually shown that pesticide residues on marijuana can pose significant risks to the immuno-compromised as well as patients grappling with liver disease and other grave ailments that can be exacerbated by toxic chemical exposure.

Unregulated pesticide use on cannabis crops

Just like other agricultural harvests, cannabis is vulnerable to a variety of insects, mites, and fungi, encouraging growers to spray crops with potent pesticides. Some states allow a staggering 200 types of pesticides to be used in cannabis cultivation; and since marijuana is still considered illegal by the federal government, growers are not obliged to follow industry regulations set forth by the FDA.

Unfortunately, far too many pesticide-laced cannabis products are reaching consumers in states where recreational or medicinal marijuana has been legalized. Accurate pesticide testing is necessary to ensure medical cannabis products are contaminant free and safe for human consumption. Modern Canna offers cannabis pesticide testing using state of the art technology, methodology, and instrumentation that identify trace levels of hazardous compounds used during cultivation.

The EPA currently sets limits for pesticide use on food crops, but has not mandated guidelines on spraying cannabis plants with fungicides or insecticides. Until federal agencies step in with guidance and formal pesticide regulations, it is up to providers and patients to screen their cannabis for harmful residues.

Very little data has been gathered concerning the long-term effects of inhaled pesticides, but animal studies indicate that even low dose exposure of certain insecticides through ingestion can pose serious health risks. Our state of the art marijuana testing lab has the equipment to detect even trace amounts of pesticides in cannabis.

Inexperienced cannabis growers, under pressure to produce bigger crops and larger profits, have been using a variety of unapproved pesticides with little to no regulation. In 2017, in Colorado, more than 100,000 units of cannabis edibles, budders, live resins, waxes and vape pen cartridges were voluntarily recalled after residues of banned pesticides were found in the products. The CO state Department of Agriculture found that the affected cannabis-infused products contained trace amounts of Imidacloprid, Myclobutanil, Etoxazol, and Spiromesifin – all of which have been linked to harmful side effects. 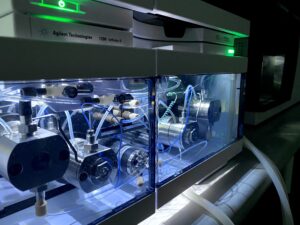 A powerful marijuana fungus killer, Myclobutanil has been labeled “slightly hazardous” by the World Health Organization, owing to its potential to cause nausea, skin rashes and dermatitis, nervous system damage, and eye irritation. When rats were exposed to the fungicide over two generations, scientists noted a higher incidence of stillbirth and lower birth weights.

Until recently, Imidacloprid was the most commonly used insecticides in the world, praised for its ability to control ants, aphids, cane beetles, and other pests that plague ornamental and agricultural crops. Studies on mice, rabbits, and dogs suggest that prolonged exposure to the insect neurotoxin can lead to reproductive problems, birth defects, neurobehavioral deficits, as well as growth retardation.

Regulatory agencies in several states are currently trying to establish guidelines regarding pesticides for cannabis crops that would outline acceptable limits or bans on:

Pesticides, herbicides, fungicides, insecticides, and growth regulators are usually colorless and odorless. Ensuring product quality and determining whether or not medicines contain any of these harmful substances is an absolute necessity before ending up in the hands of a patient. Modern Canna is proud to offer a range of cannabis testing services in Florida, including pesticide residue screening.