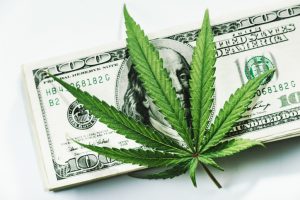 Marijuana laws are extremely complex and differ state-to-state. A 2016 Florida law permits limited medical marijuana use. Other states ban marijuana altogether, while others are laxer and permit recreational use. It’s a shame that cannabis is so heavily regulated given the numerous economic benefits associated with legalization. This isn’t just conjecture from an advocate. Many studies and economic analysts attest that doing away with federal laws could result in a financial boom.

Colorado is widely considered the hub for cannabis advocates and users. The state’s legalization has resulted in the creation of 18,000 full-time jobs, resulting in a $2.4 billion increase in economic activity. The findings come courtesy of Marijuana Policy Group.

Where do the jobs come from? With increased cannabis use comes demand for growers. Growers require extensive equipment, such as lighting and irrigation, which in turn increases jobs in those industries. It also opens opportunities for retailers, who in turn rely on other industries like accounting, attorneys, and third-party contractors.

In Florida, state officials estimate dispensaries could create as many as 25,000 jobs by the year 2022. The figure is expected to increase as more Floridians apply for medical marijuana cards, which 147,000 residents currently hold.

Cannabis legalization also saves money that would otherwise be spent on the law enforcement and prison system. According to a 2015 report, there were roughly 300,000 people incarcerated for non-violent drug offenses, and it costs about $31,000 to incarcerate a single prisoner for a year. Granted, not all of those 300,000 were imprisoned for weed possession, but the saved overhead could easily total billions just by decriminalizing non-violent users. These figures don’t even take into account court and trial costs for offenders.

Cost issues aside, it also makes the job easier for law enforcement. They can focus their resource on violent criminals rather than kicking open the door of someone growing pot in his apartment.

Taxing commodities like cannabis means more money for state and federal use. In Colorado, tax revenue from marijuana sales totaled $70 million in 2015. For comparison’s sake, tax generated from alcohol totaled $42 million. A similar study was done in Canada, which just passed new cannabis legislation of its own. While official figures aren’t in yet, some estimate tax revenue as high as $8 billion per year if going off the same tax rate (roughly 25%) as Colorado.

What can the generated money be used for? Following Colorado’s footsteps, some of the money has been spent on charitable causes, such as drug abuse treatment, school building construction, school grants, and marijuana education.

Get Your Cannabis Products Tested

In spite of its recent strides, Florida still has a long way to go with its cannabis regulations. Regardless of current and potential future laws, distributors and suppliers still need to submit samples to a Florida testing lab like Modern Canna. A Florida testing laboratory ensures quality assurance, which is always a must regardless of state-specific regulations. Submit your sample today.