The Cultivar vs. Chemovar Debate 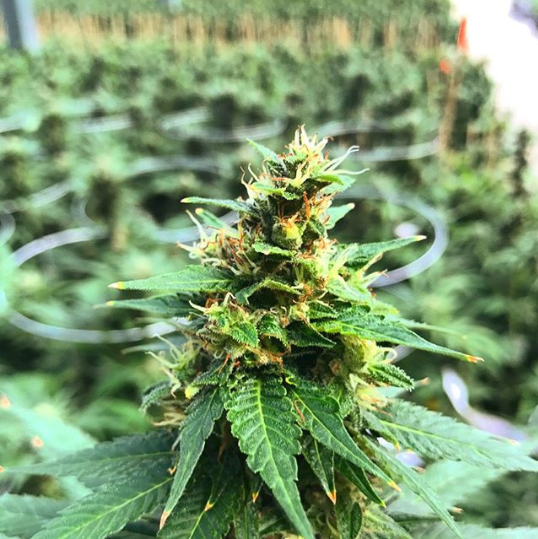 The principal challenge faced by medical marijuana users is to find products that match their treatment needs. Unlike synthetic compound medication made in the laboratory, living and breathing plants may contain multiple active ingredients and express different characteristics. The name of the cannabis should reflect the benefits, but also clarify what range of diversity can be expected. Numerous researchers have come forward with proposals for better chemical profiling based on mapping chemical diversity (chemovar). The science has to catch up to the cultivation of cannabis, so consumers have better consistency in their natural medications.

What is cannabis cultivar and the traditional way of classifying medical marijuana?

The current system of mapping cannabis by cultivar into Sativa, Indica, and Hybrid categories stems from a rudimentary vernacular used by illicit producers of marijuana prior to legalization. Classification by leaf shape, plant height, color, smell, and time to grow was not necessarily accurate. According to the system, Sativa strains are generally “uplifting” and “energetic,” characterized by a “head high,” whereas Indica strains were more “calming,” “relaxing,” and “stress-relieving.”

Several studies have challenged this classification, finding that the product names did not accurately distinguish chemical composition or THC potency. Often, samples sharing the same name did not even look similar. Psychopharmacology researcher Dr. Ethan B. Russo called the Sativa/Indica distinction as “total nonsense and an exercise in futility.”

He added, “One cannot in any way currently guess the biochemical content of a given Cannabis plant based on its height, branching, or leaf morphology. The degree of interbreeding/hybridization is such that only a biochemical assay tells a potential consumer or scientist what is really in the plant. It is essential that future commerce allows complete and accurate cannabinoid and terpenoid profiles to be available.”

What is cannabis chemovar and why is it believed to be more accurate for classification?

Chemovar, sometimes referred to as chemotype, is a chemically distinct entity within a plant. You may also hear of these characteristics as “terpenes.” The aromatic terpenes dictate the odor and effects of a given strain of cannabis.

Researchers Arno Hazekamp, Katerina Tejkalova, and Stelios Papadimitriou found that Sativa and Indica did not differ in their major cannabinoids THC or CBD. However, at the hydroxolated terpene level, samples could be more effectively categorized by guaiol, eudesmok, fenchol, alpha-terpineol, linalool, geraniol, camphor, and linalool.

The caveat is that the expression of terpenes is modulated by environmental conditions such as growing medium and post-harvest curing processes. Therefore, classifying cannabis by its chemovar seems more like classifying the plant to its “potential,” rather than its defined, inherited characteristics. Yet, there is much we don’t yet understand. Based on chemotype, Sativa and Indica strains may differ by over 400 terpenes – some of which haven’t been characterized yet.

The cannabis classification system is still a work in progress, with no universal standards. However, by contacting Modern Canna to complete chemotype classification of your samples, you can begin to understand your plants better. By the time arrives that universal standards are adopted, you will already have a decent database and strategy of producing more effective strains.