What is the Cannabis Chemovar Classification Method? 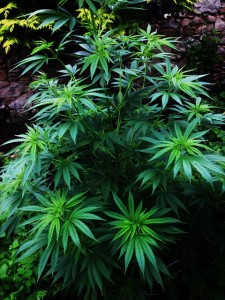 The conventional wisdom regarding cannabis strains considers Indica to give a “relaxing body buzz,” while “high-energy” Sativa strains produce a mental sense of wellbeing. In the past, producers of marijuana abroad and in this country have used these two broad-based classifications, which may differ based on country of origin, morphology, flavor profile, general effect and symptom relief. The differing ratio of THC to CBD is said to be one of the reasons for the differing effects.

However, there is little consistency in such broad-based categorization, as some Indica strains give a cerebral boost, while some Sativa strains put users to sleep. The wild variations boil down to a plant’s chemical composition, including terpenes. Our Central Florida marijuana testing lab can help you produce and market a more consistent, reliable, high-quality product by providing chemovar analysis.

First, we start with a three-tier cannabis chemovars classification system.

The first step in figuring out what effects a cannabis plant may produce is determining the CBD to THC ratio:

Demonstrating which type you are producing can be helpful in navigating complex legal regulations, where high-THC cannabis is still frowned upon. Where all chemovars are legal, you may consider indicating Type I strains for day-time use and Type III strains for night-time use. Yet, there is so much more to a cannabis strain than these broad chemical compositions.

Next, we help you asses cannabis chemovars further by profiling terpenes.

We’ve identified over 100 distinctive terpenes that alter the flavor, scent, and effects of a cannabis strain. Terpenes not only bind to receptor sites within the brain and affect the production of serotonin and dopamine, but they also catalyze or inhibit the effects of other compounds (like THC, for instance) within the body. Certain terpenes are associated with desirable effects like relieving pain, improving focus, or reducing nausea.

Some of the terpene profiles we classify include:

Leading researchers are calling for mandatory cannabis authentication. The first step would be to break down the strain by cultivar (type I, II, or III). The next step would be to associate a referenced chemotype and genotype. The current system is still a work in progress, as various research groups aim to create a universally accepted classification scheme and genotyping system. In the near future, we can expect a more complete picture of the genes involved in cannabis pharmacology. We are involved in the industry-wide standardization of chemoprofiling, sequencing, and genotyping techniques. Once a state-by-state cultivar registry is mandated, the producers who have been involved in a deeper level of classification will not be held back.

Stay ahead of the game by classifying your cannabis by chemovar

When you hire a state-of-the-art laboratory like Modern Canna to test your products, you do so because we’re one step ahead of the industry. We go beyond the broad-based Indica vs. Sativa categorization to break down your samples into cannabis chemovars that truly differentiate the products you’re growing and selling. Why wait for regulatory oversight to catch up, when it’s clear the scientific community and overall industry is already trending toward chemovar classification? Consult with us to take your classification system to the next level.