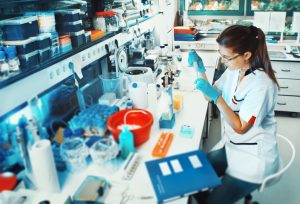 It’s an inconvenient fact that the fruits and vegetables we consume potentially contain harmful contaminants. Cannabis is no exception. One of the greatest concerns is traces of heavy metals, which may turn up in the soil and be found in cannabis and all its constituents. This includes cannabidiol oils and tinctures, which more Floridians are consuming as the state eases marijuana laws. Are heavy metals in cannabis a cause for serious alarm? Should medical and recreational users be worried?

The Link Between Heavy Metals and Marijuana

Marijuana plants can draw in heavy metals from the soil. This is especially true in cannabis products containing high traces of the psychoactive compound THC. The extraction methods can also increase heavy metal concentrations. The use of low-grade solvents, such as rubbing alcohol, have been shown to increase risk of heavy metal output in CBD and THC products. Cannabis is also an accumulator plant, meaning it easily absorbs everything in its environment. This includes fertilizers absorbed through the root system. Inorganic fertilizers often contain heavy metals.

Why Heavy Metals Are a Problem

Florida, for all its natural beauty, is not prone to hidden dangers. In a 2002 report, heavy traces of lead were found in the soils of Miami and Gainesville. Heavy metal can also remain in the soil for a long time, up to several hundred years.

Other forms of heavy metals commonly found in soils include arsenic, mercury, barium, cobalt, and cadmium. Ingesting these metals even in small amounts can induce headaches, nausea, and even organ failure and cancer in severe cases. Since cannabis is often smoked or vaped, this also creates risk of respiratory issues. Metals that enter the lungs can interfere with the cellular process and even bind with some receptor sites that are normally filled by healthy metals, such as zinc and magnesium.

The prevalence of heavy metals in soils is all the more reason for dispensaries to test their plants. Testing shouldn’t just fall on the growers but also on the companies that acquire the plants to manufacture medical marijuana. Cannabis companies, whether on the B2B or B2C end, should submit samples to a marijuana testing laboratory for purity analysis.

These techniques are capable of measuring heavy metal at low parts per million. Some methods have enough precision to detect to low parts per billion.

Medical marijuana is supposed to provide an alternative form of relief. High levels of heavy metals may have the opposite effect or induce side effects. For the best product for end users, contact Modern Canna Science. Our marijuana testing lab abides by the strictest testing protocol outlined under Florida law.