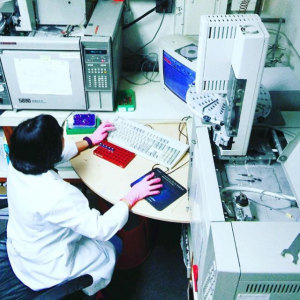 The health effects of cannabidiol are well documented in mainstream science. Researchers are confident in its ability to treat a number of physical ailments, such as neural pain and epilepsy. However, CBD also alleviates a number of mental disorders. More independent studies are validating CBD’s efficacy for treating diseases that inflict the mind. Let’s take a look at what CBD is good for as it relates to mental health and the studies behind them.

Researchers are still studying the complex neurological effect CBD has on the brain. Early indicators suggest it may boost cognitive function, such as improve memory. In one open clinical trial, regular cannabis users were shown to have fewer depressive episodes and were able to maintain attention for longer periods. There are also ample anecdotal evidence suggesting that CBD may stave off cognitive decline in people over the age of 50.

This area certainly warrants further study. According to the Anxiety and Depression Association of America, anxiety disorders affect roughly one out of five American adults every year.

CBD may treat alcohol and other drug addictions. It may help you wean off of substances that are causing long-term harm to your body. In one case study, animal subjects addicted to alcohol and cocaine were administered CBD every 24 hours for seven days. Before given CBD, all animal subjects exhibited behavior associated with addiction, such as anxiety and impulsivity. The subjects remained sober for five months after the last CBD administration.

CBD has long been shown to reduce inflammation. This may include inflammation build-up in the brain’s neural tissue. This leads to memory loss in older people and the gradual cognitive decline we described earlier. While there is no cure for Alzheimer’s, CBD may slow the progression of the disease. CBD interacts with CB1 and CB2 receptors, which are found throughout the body but mostly in the hippocampus. This is region of the brain responsible for memory and learning.

We must emphasize that all the above instances still require further studies before firmer conclusions can be made. If you or someone you know suffer from mental illness, please see a doctor. While we believe CBD oil and edibles are valid forms of treatment, they are not a substitute for seeking professional treatment.

For suppliers and growers, you want to ensure users have access to the highest quality CBD available. This is why all CBD products need to undergo sampling from a Florida